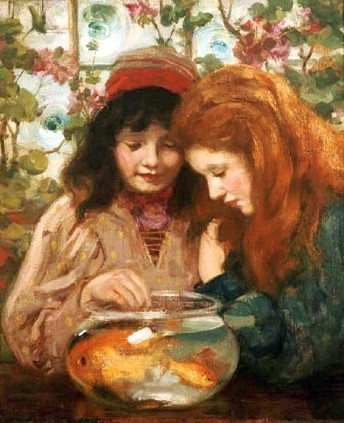 I’ve been doing poems using words in Spanish or French with my students for several years, and have been trying to figure out a way to do our own translations. They love working with words in other languages, but it’s always felt a little daunting to do a whole translation, given that I have rusty college Spanish and traveler’s French and many of my students are monolingual.

But this year I gave it a shot, and it was an amazing project. I started with poem in Spanish: “Con Tal Que Duermas,” by Gabriela Mistral. It’s a list of fantastical things a child will get if they only fall asleep, but I didn’t tell my class that.* I just gave them the poem in Spanish, with a key where each word in the poem was translated in alphabetical order. The first step, after hearing the poem in Spanish, was to do the code-breaking work of translating the poem literally, word for word.** This gave us incomprehensible lines like “With such that sweet dreams,” and “the fish of the flask that ago burns.”

Then I asked them to translate that garbled English into poetry. I told them they could be as free as they liked or as close to literal as made sense. Often it took students a couple of layers of translation to get things that sounded like graceful English lines. I’d ask them “what do you mean by that?” of “how would you say that idea in your own words?” and the lines would clarify.

We ended up with beautiful (if not necessarily accurate) translations. They are very different from each other, and the students felt excited about them. For example, the line about “the fish of the flask that ago burns” (which I presume is about a goldfish and goes “y el pez de la redoma/que hace arder” in Spanish) got translated into such varied and poetic lines as:

“Where is the fish by the flask?/what time did it burn?” (Cadence)

“The fish and the flask that burned long ago.” (Rowan)

“The clown fish named Ago died in the fire.” (Owen)

“The fish in the flask that burns.” (Kyler)

“And the fish we saw in the flask/with eyes that burned long ago.” (Sylvia)

The premise of the poem as a whole got lost in translation more than I was hoping, mostly because the title is idiomatic, and the meaning of “whatever it takes if you’d only go to sleep” is hard to grasp out of “with such that sweet dreams” — the problem with word-for-word translation. In retrospect, I could have helped them with that in my key. Next time, I think I might include some phrases in the key so that meanings that are formed out of groups of words would be more clear.

Even still, the class got right into the core questions of translation — how to translate things that don’t directly transfer, how to make a poem that has both the right feeling and some meaning, the idea that languages aren’t just different words for all the same exact things — and  I’m really happy with that.

*I picked this poem because it had simple grammar and interesting images, so it would be relatively easy to translate but wouldn’t be too literal.

** I encouraged students to work together, and let the younger kids translate a stanza instead of the whole poem.