Posted on November 24, 2013 by thefriendlymoth

At Frog Hollow, we often start the day with a word family, sometimes a spelling family but usually a word root. I’ll throw up a big list of words from that root, some familiar, some awesomely new, and then we’ll take five minutes to write a sentence or two using at least one — but sometimes even all — of the words.  This gives the kids a chance to engage with the words creatively and to bring them into their own writing vocabulary. And sometimes they write very funny things. 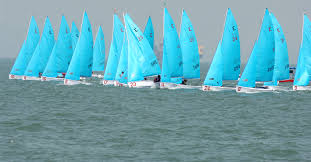 One of my favorite word roots is the related Latin words fluere (to flow) and fluctus (a wave). Go to fl in the dictionary and it’s like a fluere family reunion: fluctuate, fluoride, fleet, float, flue, flotsam…. Even “flu,” though it sounds unrelated, comes from “influenza,” the Italian version of “influence,” or in-flowing, and originally implied an influx of energy from the stars.

My favorite pair in this family is “affluence” and “effluence.” Generally, we think that “poverty” is the opposite of “affluence.” However, linguistically speaking, “affluence” is a flow in, and its opposite is “effluent,” a flow out. That’s something to ruminate on.

It also brings me to one of my favorite-ever signs, which I found hanging in the outhouse at Holland Lake in Montana, warning people not to throw trash into the toilet because “the affluent must be pumped out by hand. Have pity on the poor person whose job this is. This person is not the Government.” Being an English nerd is so much fun!