Posted on December 6, 2013 by thefriendlymoth

I have students who write things I wish I could steal. I have students who can spell better than I can. Sometimes it is hard to know what to do with these gifted writers. They can be on a completely different academic plane than the rest of the class, and can seem to want so much more than I can give them. 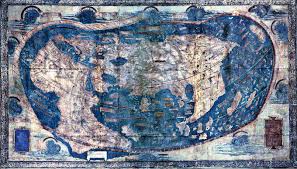 It is easy to keep pushing precocious kids, especially when they are already moving so quickly forward from their own motivation. Opening doors for eager learners is very rewarding. However, pushing kids intellectually can come at a cost imaginatively and emotionally. For instance, a child may have the writing skills to write an analytical essay, but the kind of thinking that requires might ask them to think as an adult rather than as an imaginative child. Similarly, they might be able to read a book meant for adults or teens, but not be ready emotionally for the subject matter.

Towards that end, I like to encourage breadth in my gifted writers. They provide their own forward momentum.

Maybe their spelling is impeccable. Then I will use them as a spelling resource, directing other students to ask them for help if I am busy, and double-checking words I am doubtful about with them. Maybe they are grammar whizzes — then I ask them to explain why a sentence is incorrect. I don’t try to make them dumb down to the common line, but let them be role models academically. And I have noticed that rather than make the other students feel badly about their own skills, this is one more way of fostering an appreciation for all our different gifts. This works especially well if I remember not to expect these kids to be role models in every way — if I let them truly be their age, even if they can spell better than I can.

But beyond that, I encourage them to play.

I encourage them to begin to follow words and their etymologies through the dictionary. Is human related to humor? When did we first use the word swag? (The answer? 1590 — so now I have a student who says, “that’s so 1590” when her trendy friends say something’s swag.) I show them more complex poem forms, where writing becomes a puzzle. I share puns with them and challenge them to come up with excessive alliteration. I invite them to share things they are excited about with the class. Rather than push their academics beyond their emotional development, I encourage imaginative engagement with the subject through media such as comics, songs, and choose-your-own-adventure novels.

Education can be likened to drawing maps. There can be close-up maps that show every nuance of a thing, or large scale maps that help place things loosely in context. Without a sense of the whole, detailed maps are only useful in a narrow way. The elementary years are about expanding a child’s sense of the world out from their own experience towards an understanding of the world as a whole — in other words, drawing a loose sketch of the universe, drawn in color, with a few unicorns and dragons, not necessarily to scale. Then, when they learn about something later, they will already have a place to put that thing in their mind and will be ready to study it more deeply. That way when they make their close-up, accurate-to-the-nearest-millimeter maps, those maps will have a place in a larger context and every incredible detail will be able to relate to the larger picture of things. That, to me, is much better than being able to create an impeccable but disconnected rendering of something at age seven.  Then not only will that child shine academically, they will have a stronger sense of the interconnectedness of everything in the world, and this is the basis of being a kind, proactive adult.